1 Peter 3:14  Have no fear of them, nor be troubled,
15 but in your hearts honor Christ the Lord as holy, always being prepared to make a defense to anyone who asks you for a reason for the hope that is in you; yet do it with gentleness and respect,

A worldview is a set of presuppositions
(assumptions which may be true, partially
true or entirely false) which we hold
(consciously or subconsciously, consistently
or inconsistently) about the basic makeup of
our world….They are generally unquestioned
by each of us, rarely, if ever, mentioned by
our friends, and only brought to mind when
we are challenged by a foreigner from
another ideological universe. James Sire,
The Universe Next Door, 16, 17

–Everyone has one
–Usually unquestioned

The idea emerged that by a method of
systematic doubt, the human mind—or Reason
(often capitalized)—could attain to godlike
objectivity and certainty…. Descartes helped to
establish a form of rationalism that treated
Reason not merely as the human ability to
think rationally but as an infallible and
autonomous source of truth. Reason came to
be seen as a storehouse of truths independent
of any religion or philosophy. Total Truth,
Nancy Pearcey, 39

“We ought never to allow ourselves to be
persuaded of the truth of anything unless on
the evidence of our reason.” Rene Descartes

•Spock is always logical
and objective.
•Never acts upon
feeling, because that
would be “illogical.”

“Physical laws simply
cannot be ignored.
Existence cannot be
without them.”

“Pain is a thing of the
mind. The mind can be
controlled.”

Secularism And the Western Mind

•Hume's Empiricism
•David Hume (1711-1776) believed
that all knowledge is derived from
our sensations, referring to vision,
hearing, feeling, smelling, and
tasting. Experience alone is the key
to understanding one's
environment. Hume elevated
experience as the measure of truth
and held that ideas or thoughts
could be valid only if they have
their roots in experience.

“The truth of the Christian faith
surpasses the capacity of reason.”
–Thomas Aquinas

“It is up to you to give [life] a meaning,
and value is nothing but the meaning
that you choose.”
Jean-Paul Sartre

•His basic conclusion was that the mind
had certain innate categories, such as
space and time, by which the sensory
data could be organized and arranged,
and which thus made knowledge
possible.
•Concepts like causality and necessity
are now part of the mind's makeup and
help us to explain our world. But Kant's
categories of the mind only help to
organize and arrange the sensory data;
they are of no help in thinking about the
metaphysical world.

“It's a lot like religion. You pick and
choose what works for you.”

•Data is the “perfect” modern  human.
•Despite his “perfection,” Data

1.Wants to be human.
2.Rebels against logic.
3.Attempts to develop  emotions and feelings

“I am the way, the truth and the life. No one
comes to the Father but through Me.”
Jesus Christ

“there is salvation in no one else; for there is
no other name under heaven that has been
given among men by which we must be
saved.”   Peter (Ac 4:12)

“Religious exclusivity is not just narrow –it.s
dangerous. Religion has led to untold strife,
division, and conflict. It may be the greatest
enemy of peace in the world. If Christians
continue to insist that they have „the truth. –
and if other religions do this as well –the
world will never know peace. ”
20-something

Sources of Faith
“Tradition is the living faith of  those now dead.  Traditionalism is the dead  faith of those now living.”

Robinson's (1977) study at the Religious
Experience Research unit in Oxford
discovered and reported that spiritual
experiences are common to a significant
number of people.

Zohar and Marshall (2000) in Western
societies between 30% and 40% of the
population have had experiences.

Groome (1998) has argued that spirituality is a
human universal, and is therefore ontological in
nature.

“All truth is given by revelation,
either general or special, and it
must be received by reason. Reason
is the God-given means for
discovering the truth that God
discloses, whether in his world or his
Word. While God wants to reach the
heart with truth, he does not bypass
the mind.” –Jonathan Edwards

1.Revere Christ, not Man
2.Prepare to share your hope
–Master the Gospel
•Jesus is the eternal Son of God
•Jesus lived a sinless life
•Jesus died for our sins
•Jesus rose victorious from the dead
•Jesus freely gives us life

Proclaiming Christ to a Postmodern World
•Fear God, not man
•Be prepared
–Master the gospel
–Master your story
–Master your audience 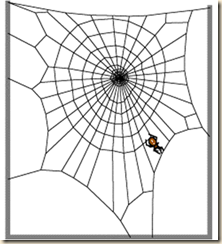 Aspects of faith seem to be anchored to some primary self-attesting “foundations” that suspend our web of belief as they act as anchor points for faith.

these anchor points include

The Source of These Presuppositions
In regeneration man is renewed "according to the
image of Him who created him" in knowledge,
righteousness and holiness (Col. 3:10 & Eph. 4:24).
Thus man as a rational and spiritual creature upon
whose heart is written the law of God reflects the
Person of God.
Man is a creature of language, and God is a God who
speaks.
God experiences personal relationships within the
Triune Godhead, and man is a social creature who
exists both in diversity as individuals and in unity as a
race. This social aspect of man is most basically
expressed in the marriage relationship: ". . . God said,
Let US make man in OUR image, . . . So God created
man in His own image; . . . male and female He
created them."

There are many other innate predispositions and
abilities and instincts and conceptions that are the
stamp of the divine image upon the very core of our
being. The French mathematician, scientist and
theologian Pascal said, "We know the truth not only
through our reason but also through our heart... The
heart has its reasons of which reason knows
nothing."2The image of God is complex, and people are
different. "What will touch and arouse the
divine image in that particular person?"
The good apologist develops the art of probing
human hearts to answer that first question.

Will God forgive everyone?
Who made God?
When is Jesus coming back to Earth?
How do we know that the Bible isn’t a hoax?
What happens when we die?
Am I going to Heaven?
Why do we go to Heaven?
Has Science proved God exists?
Is God real?
When we go to Heaven is it like Earth?
When you die is there an afterlife?

How to fully believe in God

How do we know what Heaven looks like?
Where is Hell and what do you do there?
Who made God? Are there aliens?
If you know you’re gonna make mistakes (because like
everyone does and you’re lying not to), can you still be
forgiven?
If you ask God for his forgiveness and you accidentally
betray him again by sinning or whatever, how many times  can you ask for His forgiveness?
Why did God make annoying things like flies, wasps etc.?

Year 9 is Interested in these  Questions
Why do we have to die?
How was the universe started?
Are there aliens?
How was the world created?
Why does God give people cancer?
What is the meaning of life?

Why are people born with disabilities?
How did everything form before God?
If we are with God when we are alive then why do we have  to die?
If God was good why does He take people away?
Did God have anything to do with the making of the
universe or Earth?

Sample Of  Students in SRE•Year 9 and 10 are
more interested in the  Why of beliefs… issues
of comparative  religions and  relativism than in the  rationality of belief.
•Years 11 and 12 may  demonstrate a greater
regard for the  REASONS WHY  people believe, if
Piaget and Kohlberg  have anything to say.

Christians are often seen as being antagonistic and abusive when we use our knowledge to try and change someone else’s worldview.

Do you challenge their belief structure directly and attack their worldview?

Do you meet them on your ground?
Scripture?

Your experiences or testimony?

1 Peter 3:15 but in your hearts honor Christ the Lord as holy, always being prepared to make a defense to anyone who asks you for a reason for the hope that is in you; yet do it with gentleness and respect 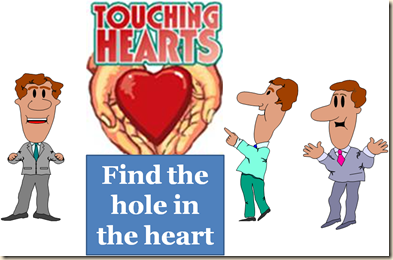 Most folk are struggling with the burdens of life.

it is hard to put life together.

Few people can think abstractly adequately to follow a rational argument through that demonstrates God’s existence.

Most folk struggling with the burdens of life are living hopeless meaningless lives with confusion over the ultimate realities in life, death and eternity.

You can give your friends a reason for the hope.